If you follow LZ-1 in the direction of Jameos del Agua, you will pass the two coastal towns of Arrieta and Punta Mujeres.

Sunrays glisten on the water, small fishing boats sway to the beat of the light waves, locals cast their rods in the hope of a good catch. 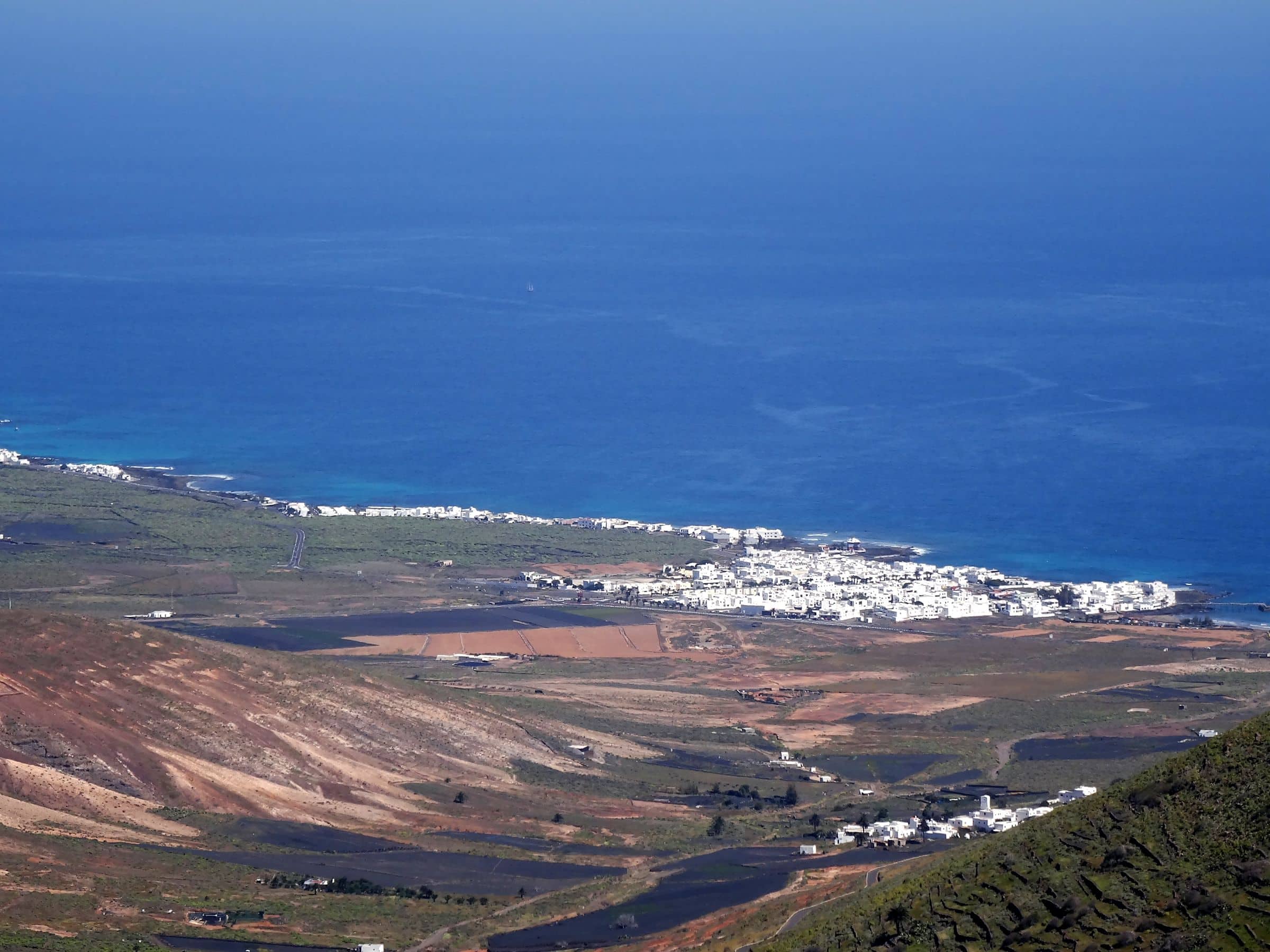 Shortly before entering Arrieta, turn right to the beach Playa de la Garita, also popular with locals and very suitable for children, with access to the popular beach bar “La Casita de La Playa”. On this beach to the north you reach the second recommended bar “El Chiringuito”, with the best access from the side of Arrieta.

In Arrieta there are some good fish restaurants, pizzerias, supermarket and also a stationery shop. Also the supermarket at the gas station with a large assortment, which is also open on Sundays, directly at the entrance to the village, is really well recommended.

The two coastal towns of Arrieta and Punta Mujeres have managed to retain their charm and ambience. Small whitewashed houses with blue or green shutters dominate the village.

In Arrieta you will probably notice the house “Casa Juanita” shining in shades of blue and red. The special location of this charming building, which borders the harbour pier on one side and the Atlantic on the other, is the background of a rather sad story from the early 1920s. At that time a Lanzaroteño built this beautiful house for his lung sick daughter. She was supposed to recover by inhaling the salty sea air, but unfortunately died in early years.
In front of “Casa Juanita” is the small lagoon “El Charcón”, which with its shallow waters is the ideal place to stay, especially for families with small children.

Accommodation in and around Arrieta can be found here >

Are you looking for something else?

Send this to a friend